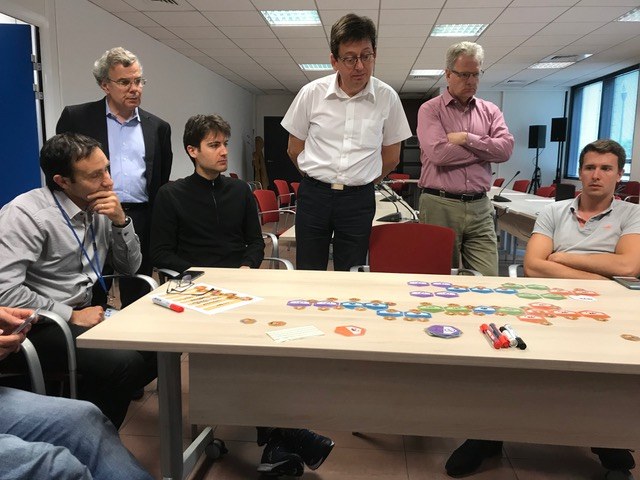 A workshop on citizen participation to help take into account the needs of the end user.

The Nice Côte d’Azur Metropolis, an innovation laboratory labeled “ambassador city of Innovation in Europe” by the European Commission in 2017, has been participating for several months in the ambitious IRIS project (Integrated and Replicable Solutions for Co-Creation in Sustainable Cities) which promotes the deployment of innovative solutions and assists the positioning of the territory as a Smart City.

This collaborative project relies on 42 partners from 9 European cities, to accelerate the energy transition in the territories (including Utrecht, Nice and Göteborg as “Lighthouse Cities”) and improves the lives of their inhabitants while involving them in the energy management process.

It is in this perspective that, on May 22 in the premises of the Nice Côte d’Azur Metropolis, a workshop on co-creation and citizen engagement was held, led by the University of Arts of Utrecht (HKU). Aware of the importance of the challenge, the Nice Côte d’Azur Metropolis and its partners (CNRS, CSTB – Scientific and Technical Center for Building, University of Nice Sophia Antipolis and Veolia) have rethought the way to develop their digital services, particularly in building on a methodology that integrates end-user needs right from the design stage.

Many initiatives have already been launched by the Nice Côte d’Azur Metropolis, and in particular “Service Bleu”. Launched for over three years, this device aims to address, as soon as possible, minor disorders that may affect the public space, while being based on the support of citizens. Based on this example of Service Bleu, and on a new methodology developed by HKU, the Metropolis and its partners have sought to rethink this solution by integrating even more effectively the citizen.

The different participants in this workshop were able to experience a methodology different from those previously used, thus opening up new perspectives for a smart and eco-citizen future!

This popup was created using the WordPress content editor.